What is the Difference Between a Conservatory and an Orangery

Home / What is the Difference Between a Conservatory and an Orangery 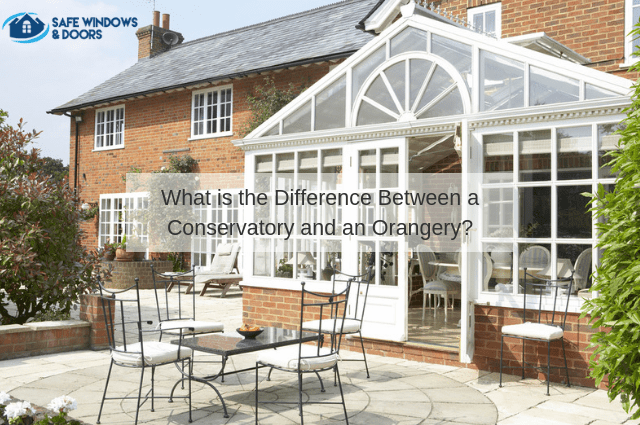 Orangeries and conservatories are some of the most popular structures which can be added to a home. Not only do they offer an entirely unique aesthetic appeal, but these very same options are highly functional.

Ironically, relatively few individuals are actually aware that there are many differences when comparing a conservatory to an orangery. These disparities are important to realise if you hope to make an informed choice. Let us take a brief look at what sets these two structures fundamentally apart.

A Question of Glass Roofs and Walls

Glass roofs play an important role when determining the differences between a conservatory and an orangery. Most orangeries will provide glass roofs that occupy no more than 75 percent of the total roof area. On the contrary, conservatory roofs are generally 75 percent glass or higher.

The glass contained within the walls of an orangery is typically less when compared to a conservatory. In other words, it can be argued that conservatories have been constructed to allow in a greater amount of light.

A Bit of Visual Personality

Orangeries were initially intended to provide well-off properties with a means to grow oranges during decidedly inclement weather conditions. As these homes tended to be quite opulent, traditional orangeries were known for their ornate designs.

Conservatories are often slightly more subdued. However, we should also point out that customers can now choose from a wealth of unique options in order to suit their desires.

Orangeries can sometimes be known for their particularly solid and permanent appearance. Thick columns and pronounced eaves are two common examples. Thus, they can be used to match the existing decor of a home.

Conservatories are more subtle and “conservative” in regards to their framing. This is often beneficial to those who might be worried about the addition overwhelming their property.

While there are indeed a number of differences between conservatories and orangeries, you have a great deal of flexibility when working with the team at Safe Windows & Doors. This is why a growing number of customers are electing to utilise our bespoke conservatories in Berkshire. Do you have additional questions involving orangeries or conservatories? If so, please speak with a representative. We will be more than happy to provide expert assistance.